IOI 2022 was a hybrid contest, hosted both onsite and online by Indonesia from August 7 to 15. About ⅔ of countries attended onsite but New Zealand competed online.

The leaders were Suzanne Scott and Eric Song. Canterbury University again hosted the contest; a huge thanks to Tim Bell and Steven Sykes for organising and setting up the labs with the requisite software. Unfortunately, Nicholas had to compete from home due to Covid-19, so there was a scramble to get a laptop to him and ensure the online video proctoring was in place. Many thanks to our 3 proctors: Lydia Looi and Michelle Hseih from Canterbury University, and Andrea Gallop, a teacher from Papanui High School. Michelle went above and beyond to ensure the video recordings of Nicholas competing were faultless.

The contests and practice session were at a much more acceptable time this year, running from 6pm to 11pm. Nicholas gained a bronze medal, which was very impressive given he was unwell. Zalan lifted his ranking by over 60 places, and Bruce by 40 compared with their 2021 rankings. Phoebe, as the first timer, also performed creditably. 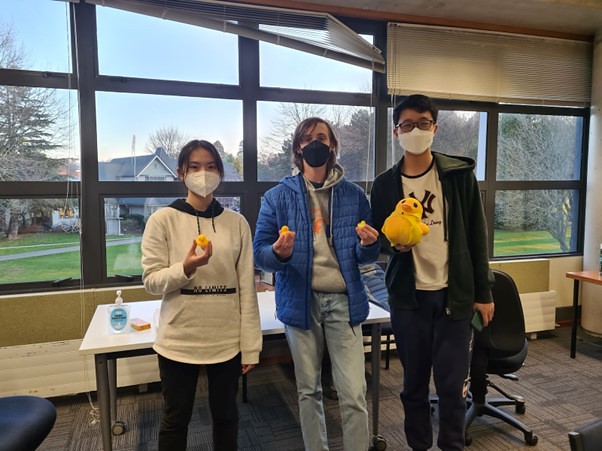